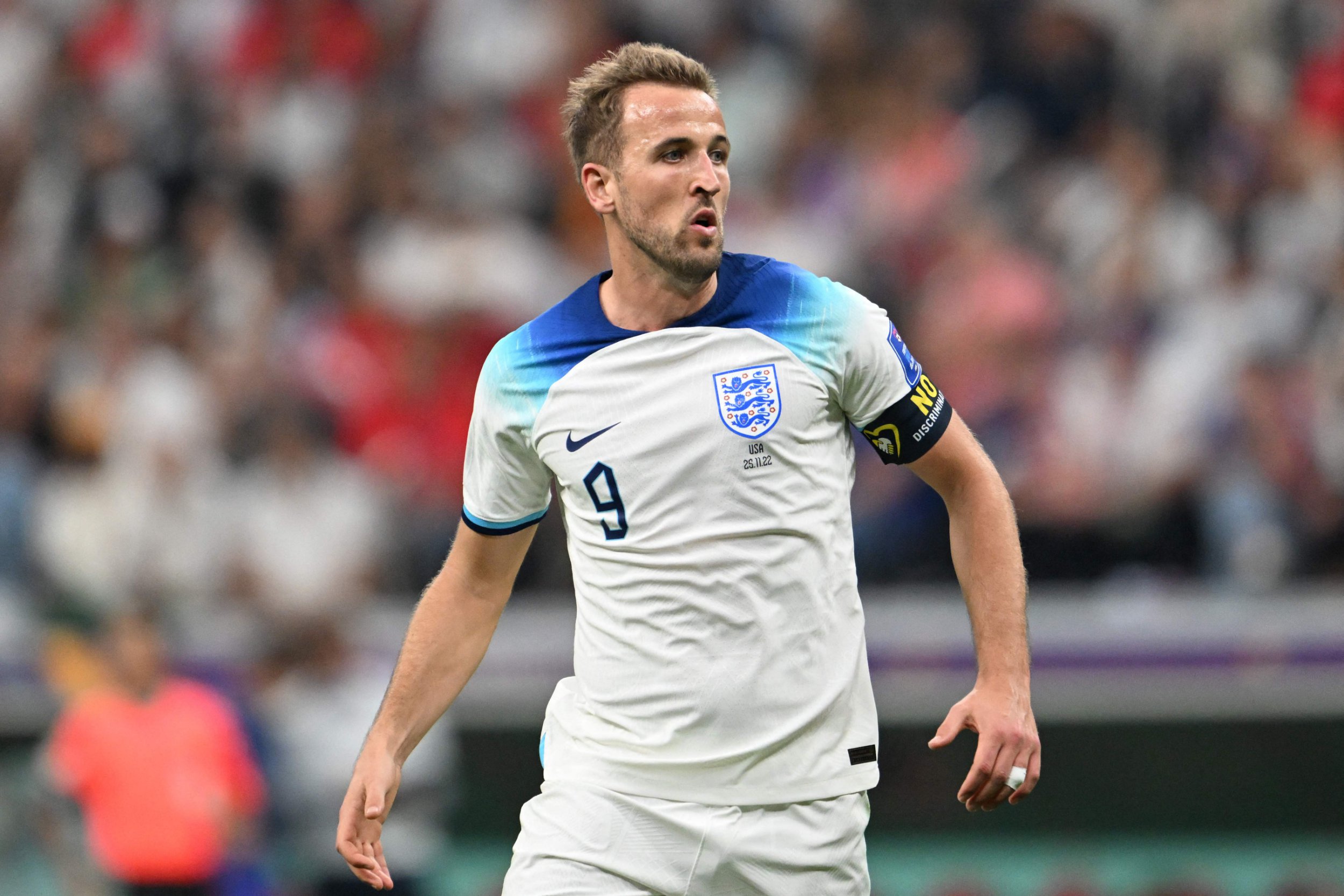 England missed their opportunity to seal qualification for the knockout stages of the World Cup as they were jeered off by their travelling fans in Qatar at the end of an uninspiring goalless draw with the USA.

After hitting six past Iran in their opening game of the tournament, it felt as though England had used up their creativity quota as they mustered just three attempts on target. There were shades of the stalemate with Scotland in the group stages of Euro 2020 in Doha; on that occasion, alarm bells proved to be premature as England went on to reach the final, but this was hardly an endorsement of the Three Lions’ World Cup hopes.

Gareth Southgate’s unchanged side threatened early on largely through a combination of Kieran Trippier and Bukayo Saka down the right, but it was the USA who created the more incisive first-half chances as Christian Pulisic hit the crossbar with his strike from the edge of the box.

Only a touch from Harry Maguire then prevented Sergino Dest from getting a shot away, while Weston McKennie failed to keep his effort down, lashing over from 10 yards. The Juventus midfielder was guilty of squandering another opportunity shortly after the break with Luke Shaw dragged out of position.

Saka was able to square to Harry Kane for the captain’s best opening, his shot blocked by an in-sliding Walker Zimmerman. Mason Mount at least tested Matt Turner as the USA goalkeeper got down to save his effort from the outskirts of the area.

When do England play next?

England’s final group game is against Wales on Tuesday 29 November at 7pm. It takes place at Al-Rayyan Stadium.

England vs Wales will be broadcast on BBC One and BBC iPlayer on Tuesday. The game will also be available in Wales on S4C and S4C Online.

The momentum was all the USA’s in the second half, Declan Rice blocking Pulisic’s shot but diverting it into the path of Jordan Pickford. The England stopper was called into action again from the corner, Maguire struggling to make contact with his header.

As Southgate sought to stem the flow, he opted for the more conservative introduction of midfielder Jordan Henderson rather than injecting the pace of Phil Foden.

Jack Grealish was brought on simultaneously and tried to breathe life into a faltering England attack. There were occasions when he had some success but he was kept at bay as England failed to penetrate the final third.

Marcus Rashford latched onto a through ball, though not quickly enough to stop the USA’s back line from retreating before his bending shot towards the far corner failed to trouble Turner.

Maguire’s header in injury time was aimed straight at the goalkeeper, though it still looked as if England would have one last opportunity when Grealish won a free-kick in a dangerous position, but Kane’s powerful header was fired wide as any last hopes of breaking down the USA’s resistance withered away.

England are still top of the group could still afford to lose to Wales – whose hopes of reaching the last 16 are all but over – if USA draw with Iran, but as Lee Dixon put it, the permutations won’t be much comfort. “That doesn’t cover up for their poor performance,” he said. “We’ve got to play better.”

Kane and Southgate did their best to put a gloss on England’s display as they are at least on the verge of the last 16.

“It was exactly the sort of game I thought it would be, really tough,” Southgate told ITV. “I knew it would be difficult to replicate after such a high [against Iran]… but we’ve shown great resilience against an opponent that kept asking questions. This is tournament football, we’re not going to sweep through everybody.”

Kane admitted that England’s main failing was in “not being clinical, the complete contrast of the other game against Iran when we took our chances really well.

“Today we had two or three opportunities and we didn’t quite it put it away, but we’re playing a good team and we move on. After our first performance people thought we were going to landslide every team but we’re playing against an organised team with some quality players so we’ve got to respect that.”

The pundits were slightly less enthusiastic about England’s performance, with Roy Keane branding it a “terrible performance”.

“England looked leggy, short of ideas, in set pieces you never felt they had a goal in their locker from that,” Keane said.

Gary Neville branded it “interesting” that Foden was an unused substitute and said he was “disappointed” not to see the Manchester City forward introduced.