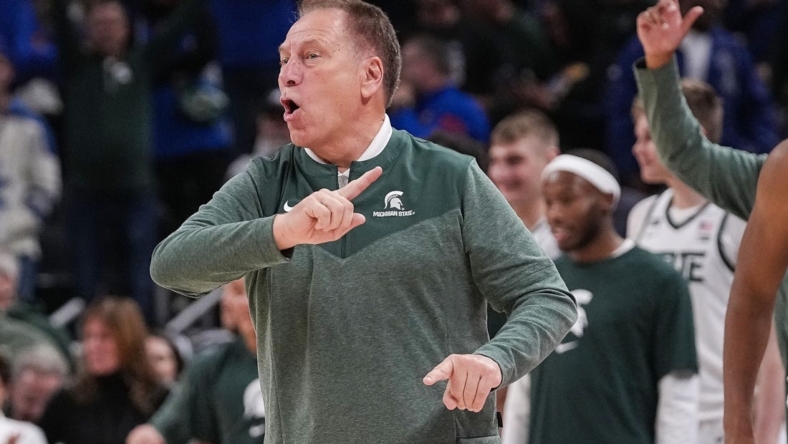 Joey Hauser scored 18 points with 10 rebounds, Tyson Walker also had 18 points and No. 12 Michigan State rallied to earn a 74-70 victory over Oregon in the consolation semifinals of the Phil Knight Invitational at Portland, Ore.

Pierre Brooks added 15 points for the Spartans (4-2), who rebounded from an 81-70 defeat to Alabama on Thursday. The Spartans trailed by as many as eight points in the first half.

Will Richardson scored 28 points and Kel’el Ware added 17 with nine rebounds for the injury-plagued Ducks (2-4), who lost their third consecutive game, all to ranked teams.

The Ducks lost leading scorer Dante N’Faly after seven minutes when he went into concussion protocol. Nate Bittle left in the second half with an injury. Oregon already was without Tyrone Williams because of a foot injury he sustained in Thursday’s loss to UConn.

After a tight opening half, Michigan State led 33-30 at the break while shooting just 40.6 percent from the field.

A back-and-forth second half turned with 10:05 remaining when Oregon’s Quincy Guerrier went to the bench with his fourth foul. Michigan State promptly went on an 8-2 run to take a 56-52 lead with 7:21 remaining.

Guerrier returned with 7:12 remaining, but promptly fouled out 13 seconds later. Michigan State answered with a jumper from Walker to take a 58-52 lead with 6:36 remaining, their largest advantage to that point.

Oregon pulled within 68-67 on a three-point play from Rivaldo Soares with 53 seconds remaining before Michigan State pushed the lead back to three at 70-67 on a pair of free throws from Hoggard with 37 seconds remaining.

The Spartans got two more free throws from Mady Sissoko with 24 seconds left for a 72-67 lead.

A three-point play from Richardson got the Ducks within 72-70 with 10 seconds left, before Walker hit two free throws for the final margin.

The Spartans were playing without third-leading scorer Malik Hall, who is in the midst of a three-week absence because of a stress fracture in his left foot.