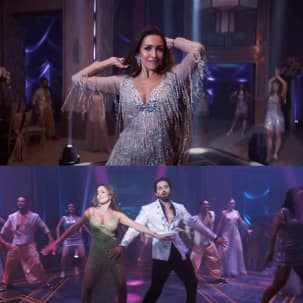 After a gap of few years, Malaika Arora is back to show off her classic thumkas and graceful adaa in the song Aap Jaisa Koi. Watch it here.

Some Bollywood songs will always be classics. The trend of remaking the songs is at its peak though! The latest old song that has been recreated is Aap Jaisa Koi. The song that had Zeenat Aman soaring the temperature with her sizzling moves, now has Malaika Arora showing off her sultry moves. She made herself the item number queen with Chaiyya Chaiyya and now here she is being her gorgeous best in Aap Jaisa Koi. It is for Ayushmann Khurrana’s film An Action Hero. It is after a gap of a few years that Malaika Arora has featured in a song and well, like always, she has given her best. Her fabulous moves and adaa will get you grooving too!