On Monday, OBO Crooner’s fans announced plans to hold a massive celebration for him in Lagos to commemorate his 30th birthday.

Though Davido had huge plans for his 30th birth anniversary birthday he couldn’t go ahead because of the tragic death of his son.

The fans made it known that they were postponing the date of the anticipated concert from November 25 to a later date that would be announced till further notice.

Citing reason for the postponement, the organisers said a lot of people suddenly signified interest to buy into the event in order to make it a remarkable one.

Eventually, they announced a new date on Wednesday with every other detail retained.

On Friday, the Singer’s close friend, Zubby Michael took to his Instagram page to share flier and new date of the concert.

According to the latest flier, the event tagged ‘Davido Fans Concert 2022’ now hold at the Wonderland, Eko Energy City, Victoria Island; Lagos on December 1 at 5pm ’till mama calls’.

The poster while guaranteeing maximum security, indicates free entry for OBO’s fans while as well as numbers to call for sponsorship. 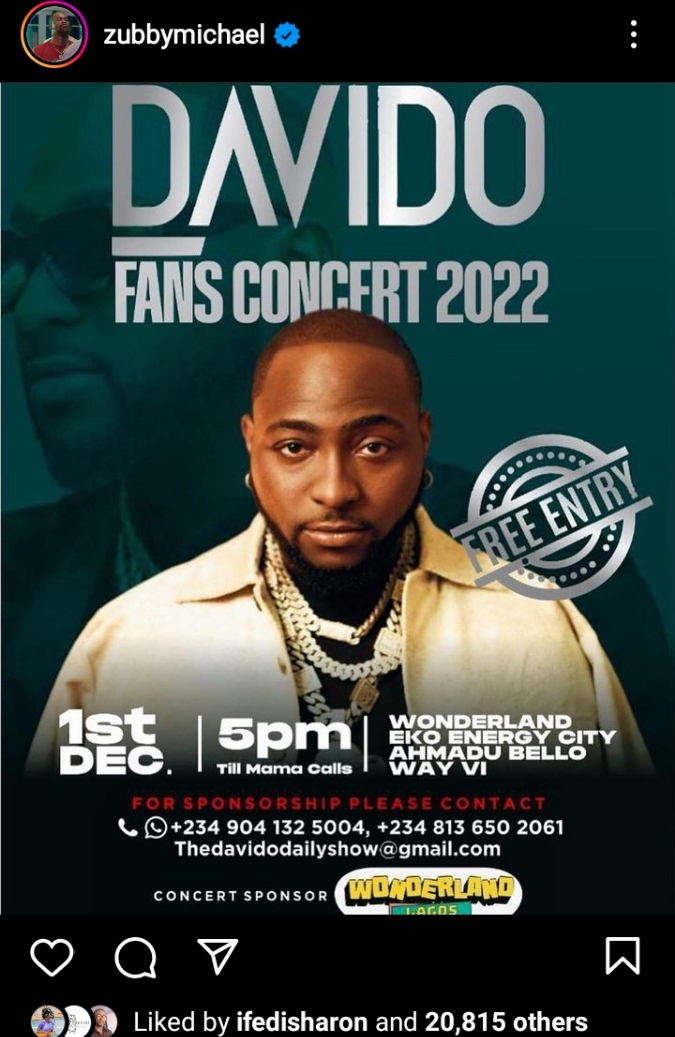 Fans flooded Zubby’s comment section with questions about their fav gracing the event. 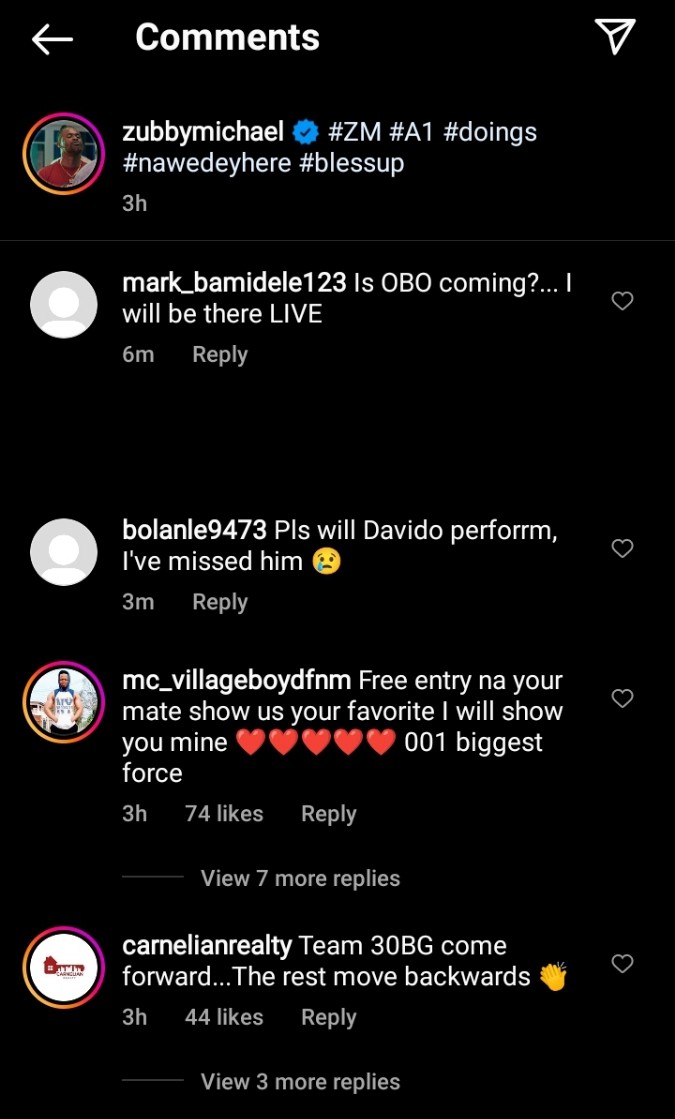 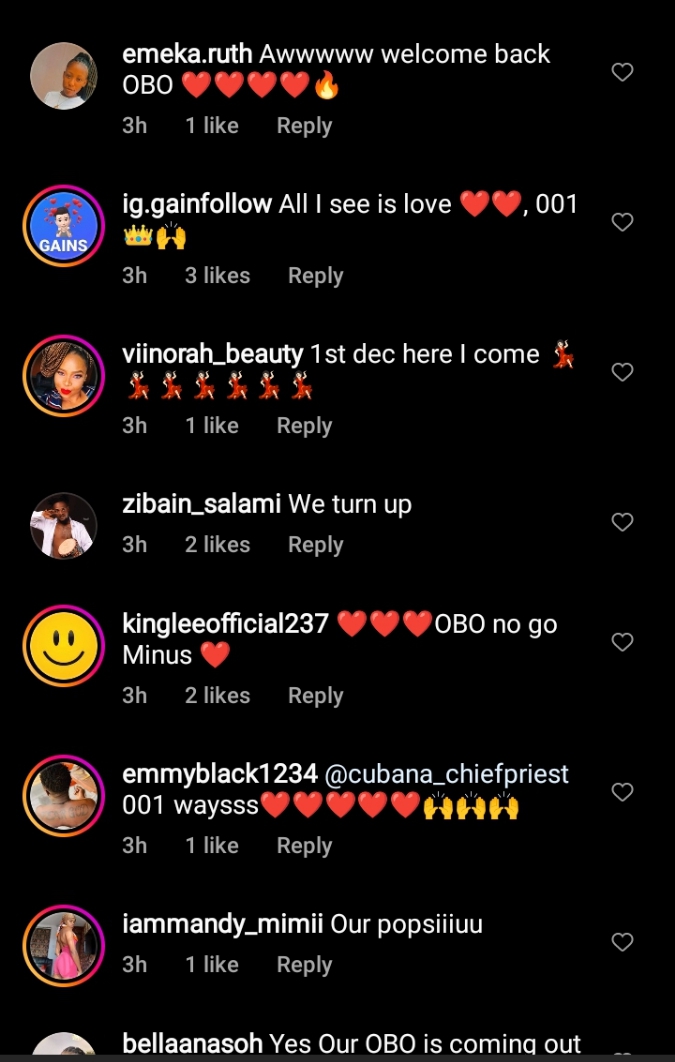