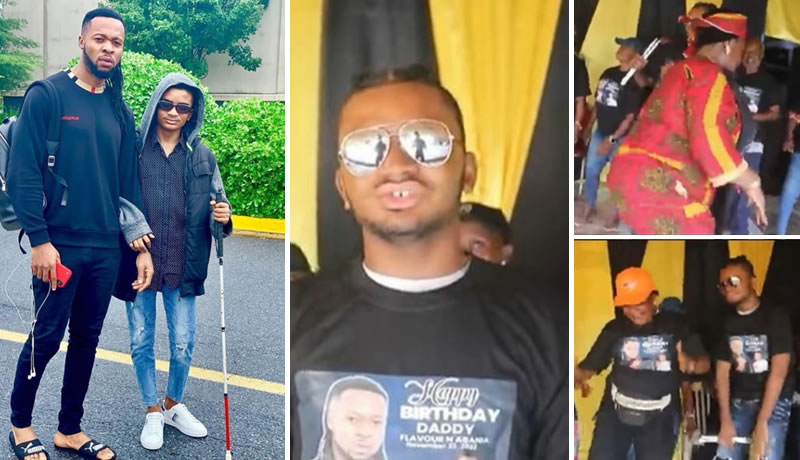 A heartwarming clip captures the moment singer, Flavour’s Liberian adopted son, Semah Weifur did a splendid birthday rendition with his team for the crooner.

Weifur and Flavour became the talk of the town a few years ago after their hit track, ‘Most High’. The visually impaired lad melted the hearts of many due to his melodious voice.

However, in a recent development, Flavour N’abania marked his 39th birthday on 23rd November and subsequently got celebrated by a lot of celebrities and loved ones.

A video of the moment Semah and his team offered a birthday rendition for the music star is currently serving rounds.

As usual, Semah flawlessly spiced the rendition with his melodious vocals and went on to sing more songs of Flavour while some women behind him danced ecstatically.

Watch the video below:

This comes a few days after a video of Semah G. Weifur’s present condition stirred reactions from cybercitizens.

The video which showed Semah sitting on a plastic chair while a woman fed him from a pot of food drew the attention of netizens who demanded an explanation from the crooner.