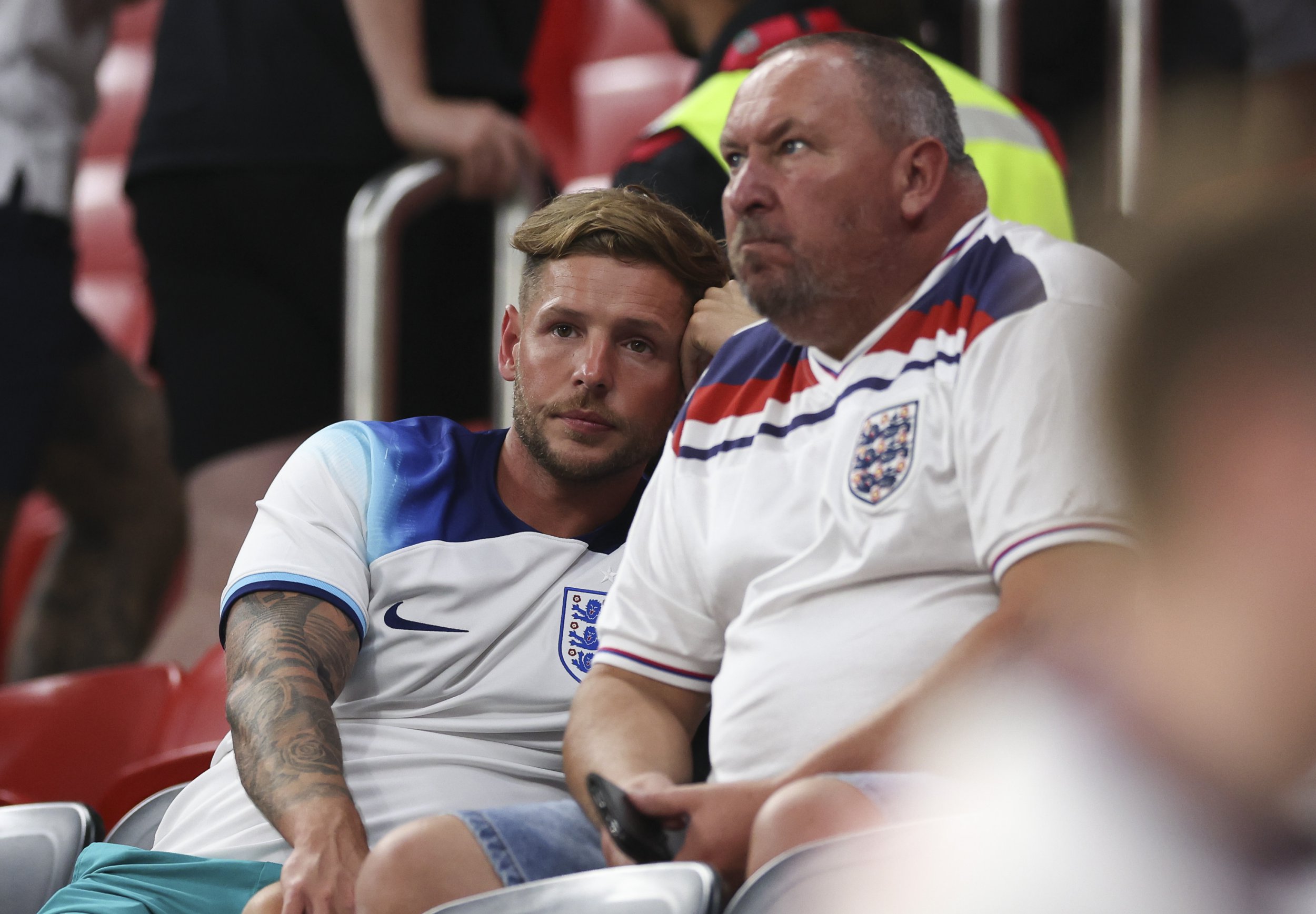 The boos are back in town. The greatest hope is that we will never speak of this game again, in exactly the same way that we ignored the 0-0 draw against Scotland last summer in the momentum that England accrued in the knockout stages. In the stadium post-final whistle, one of the hype-masters employed to whip up a fan frenzy twice said the phrase “I think that was a good game, actually”. The final word suggested that he was trying to convince himself.

You could argue that the passivity was deliberate, if uninspiring. Certainly when you watched John Stones and Harry Maguire exchanging pass after pass across defence while the USA basically watched on, it was hard to believe in anything else. Surely a team doesn’t choose to sit in first gear, admiring the view of those screaming at them to speed up.

A draw, after all, was a perfectly acceptable result in the context of the group. It means that England virtually confirmed their qualification for the knockout stages: only one of Iran or USA can overtake them and Wales would require a four-goal victory in the final group fixture to pip England.

This is a silver lining to a cloudy evening. If the risk-averse strategy was calculated – it is touted as Gareth Southgate’s greatest weakness, after all – the performance of individuals within that system was not. Nor too was the slackness of passing from starters and substitutes alike. The repeated image of the night was Jordan Pickford, Stones or Maguire holding their arms out wide as if to say “any chance of some help, lads?”

And if defensive solidity is the plan, you can upsell its purpose far more convincingly if you are defensively solid. The USA’s chances were not edged in gilt nor wrapped up and tied in a bow, but they were better than England’s. Christian Pulisic struck Pickford’s crossbar. Weston McKennie thrashed at his shot and had far more time than he believed when only 10 yards from goal.

Cue the national moaning. Hey, at least we are world-class at something. Put any nation in the world up against England and sit back in wonder as one of them destroys the other at calling itself useless and flagellating itself for ever believing that it could be different. They have a point of course: it should be better than Friday night’s fare. The USA are not an opponent that belongs in the top tier and England’s talent legitimises claims that they do. This performance level does not.

That disappointment, the gnashing of teeth and sharpening of knives, will demand introspection. Over the last few days, England’s players have been cheerful and buoyant in front of the media, but they know how this works. You do not get to smile after drawing 0-0; we demand The Days Of The Long Faces. One by one, they will talk in platitudes about the need for improvement and being brought back down to earth. At least they have had plenty of practise.

Change will be demanded. There will be calls for Mason Mount to be replaced, most likely by Phil Foden; it is becoming increasingly hard to work out what Mount offers other than dutiful running without the ball. Kieran Trippier was particularly slack with his first touch and Kyle Walker needs minutes. Phil Foden’s name was tweeted by ten thousand Twitter accounts who could not fathom his extended absence; perhaps he could come in for Mount.

The shades of Euro 2020 continue with Harry Kane, because England’s captain is still waiting for his first shot on target in this tournament. When Kane is creating space and creating chances, that is no problem. Against the USA, he had the pained look of a man whose job is being more difficult by design. We must seek his best again.

The mathematics of the group make this easier for Southgate – the pressure is simultaneously off England but on him. But Southgate must understand that any net positive position earned in comprehensive, occasionally scintillating victory over Iran, has been decimated.

Being booed by your supporters at a major tournament can have a lasting mark. This week, Southgate stressed that he avoided the back pages as much as he could. That’s probably the one tactic he really should stick with.