The news of the death of Nigerian gospel singer, Sammie Okposo came as a shock to everyone on the 25th of November, 2022 simply because the 51-year-old Nigerian singer has been in the news a couple of times in the past few months and no one knew he had any health issues.

Confirming the news of his death, many fans and colleagues have taken online to give their last wishes, praying for the singer.

The life of Sammie Okposo can be said to be that of an accomplished man as he was diligent with his craft, devoted to the church, and scooped several awards during the course of his career.

In this article, we will look at his career, awards, the scandal, and his cause of death.

Sammie Okposo can be regarded as an international gospel artist. Having performed around Africa, Europe, and North America, and worked with Grammy-winning producer, Kevin Bond, his work and reputation precede him.

Known as a seasoned music producer and singer who has worked with several gospel artists as well as soul music artists including Marvellous Odiete on ‘Follow You,’ Sammie Okposo was known all around, becoming popular for his hit song ‘Unconditional Love – Welu Welu’ released in 2000.

He was also the CEO of Zamar Entertainment, an entertainment outlet that prides itself on giving its audience the best of African gospel and inspirational music.

Some of his songs are S.W.A.G – Saved With Amazing Grace, Addicted, No More Drama, Unconditional Love – Welu Welu, and The Statement amongst others.

For a gospel artist, Sammie Okposo has lots of awards to show for his years of work in the industry. He won many awards ranging from the Movies Award to Amen Awards and Kora Awards.

Here is a list of awards he was recorded to have won in his lifetime.

If nothing at all, the list of awards and recognition Sammie Okposo has in the industry shows how long he has been in the game, staying relevant, and doing what he loves doing while getting rewarded for it. 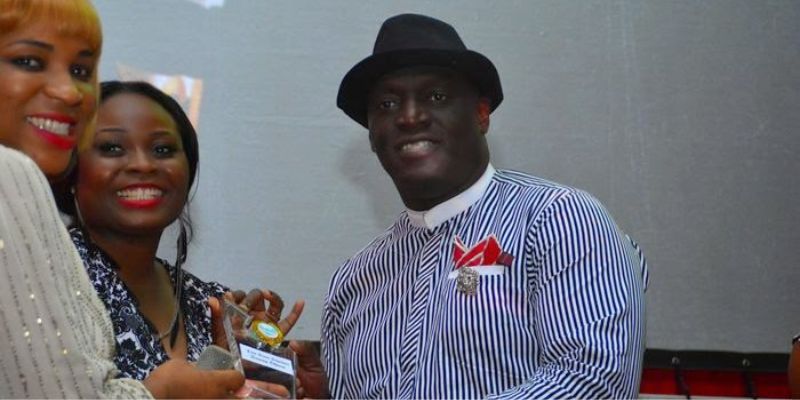 On January 24, 2022, Sammie Okposo apologized publicly to his wife, Ozioma, via his Instagram page for infidelity.

This apology follows the accusation laid against him by a lady known as African Doll, stating that Sammie Okposo impregnated and abandoned her. For all of his fans, it was surprising that the singer did not deny the allegations, and coming out publicly to apologize to his wife was a shock. To some, it would have been better for him to stay quiet but others applauded him for his ability to admit his wrongdoing.

In the heat of the moment, however, Sammie Okposo had announced to his fans that he would be taking a break from his ministry to focus on restoration and forgiveness. The singer deleted his social media handles and then restored them a few days later.

It is unclear whether his wife forgave him or not.

Cause Of His Death

In a report published by Punch regarding the death of the gospel singer, the 51-year-old singer’s manager confirmed the news of his death. Even though the manager declined to further comment on the situation, unverified sources claimed that the singer slumped and died before arriving at the hospital, indicating that the cause of death might be a heart-related condition.

However, several social blogs had been claiming that Sammie Okposo has been hypertensive for a while, with reports circulating of him reminiscing on when he almost died on his way back to Lagos from London a few weeks ago.

For those who are avid music lovers, some of Sammie Okposo’s songs remain some of the songs that bring memories. He was a great singer and his name shall live long after him.

It is safe to state that he was a legend in the African gospel music scene.