Australia claimed their first victory in the 2022 World Cup after seeing off Tunisia with a 1-0 win on Saturday.

But as the Socceroos went ahead, bizarre footage shows manager Graham Arnold seemed more concerned about getting his players to celebrate for as long as possible.

Australia – who lost to France 4-1 after taking the lead on Tuesday – went ahead against Group D’s bottom side Tunisia in the 23rd minute thanks to Mitchell Duke’s glancing header.

The Aussie forward ran off to celebrate with his teammates, but goalkeeper Mathew Ryan had opted to hang back in his own half and enjoy the goal from afar.

But Socceroos boss Arnold clearly wanted his players to run the clock down as much as possible after, with footage showing him barking at his glovesman to go join in with the celebrations.

At first Arnold is seen watching his squad run off to praise Duke, but he soon spots his keeper isn’t with them, and shouts across to him.

He then points at the celebration before shouting something – presumably telling him to come down and help waste as much time as possible.

Ryan doesn’t rush over though, and Arnold then walks down the touchline to meet him and speak to him.


‘They were playing darts last night!’ – Keane’s England dig has pundits in stitches

In the end, though, the keeper’s lack of involvement in the celebrations didn’t matter , as the Socceroos saw out their 1-0 win.

The victory puts them second in the table behind France.

Les Bleus and Denmark go head to head in Group D on Saturday at 4pm – live on talkSPORT. 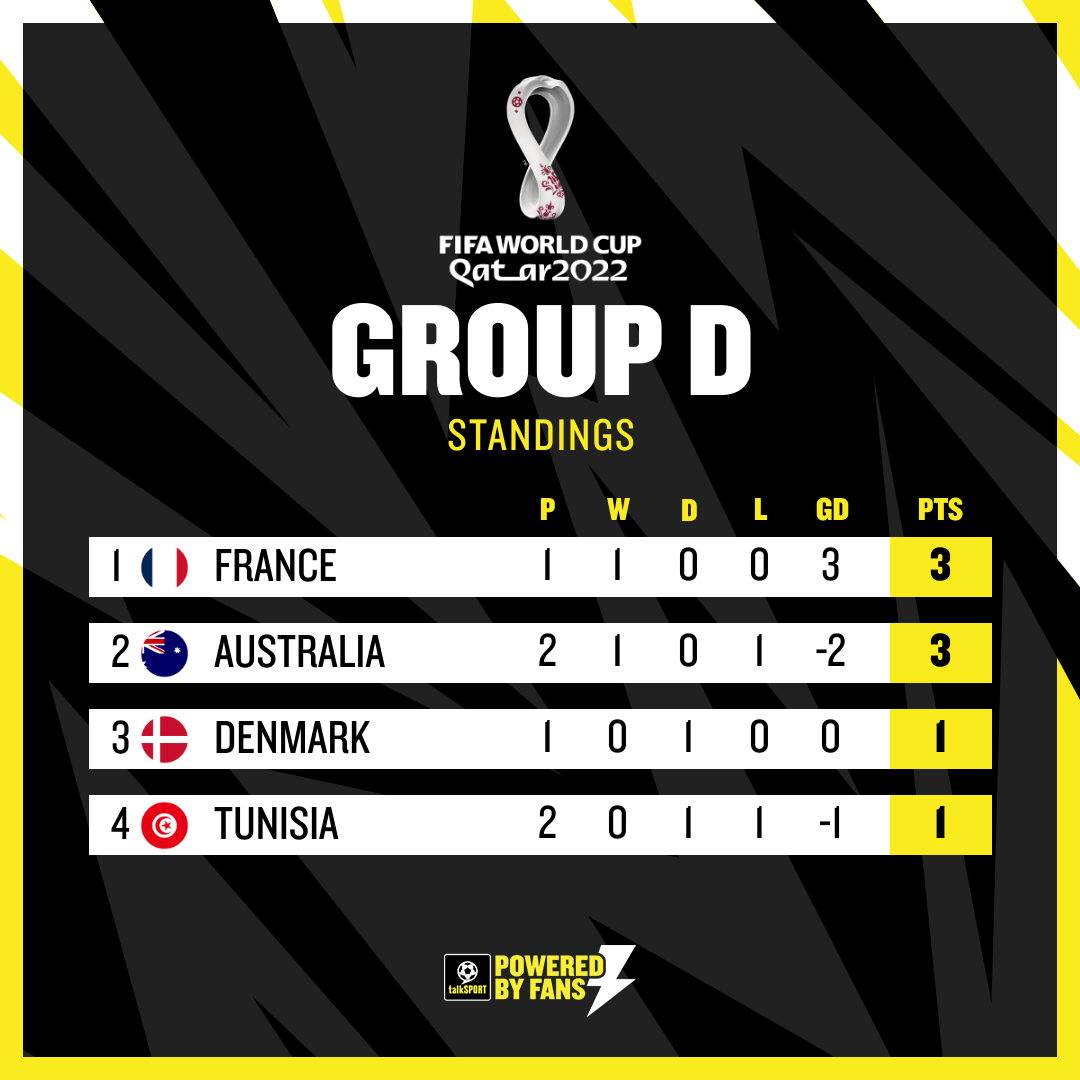 We’ll be broadcasting all 64 games in the tournament live, with over 600 hours of coverage across our network.

You can tune in to talkSPORT and talkSPORT 2 via our free online streaming service at talkSPORT.com.

talkSPORT is widely available across the UK via DAB digital radio and on 1089 or 1053 AM.

You can also download the talkSPORT app, or ask your smart speaker to play talkSPORT.